Curated by Karole P. B. Vail with Gražina Subelytė

It is always assumed that Venice is the ideal place for a honeymoon. This is a grave error. To live in Venice or even to visit it means that you fall in love with the city itself. There is nothing left over in your heart for anyone else.

Peggy Guggenheim, Out of This Century: Confessions of an Art Addict, 1979

With the exhibition Peggy Guggenheim. The Last Dogaressa, the Peggy Guggenheim Collection celebrates the Venetian life of its founder, highlighting the events and the exhibitions that marked the thirty years she spent in Venice, from 1948 to 1979, which proved to be authentic milestones in the history of 20th century art. The exhibition focuses on Guggenheim’s collecting after 1948, once she closed her museum/gallery Art of This Century (1942-47), left New York, and moved to Venice. More than sixty works by famous and lesser-known artists will be exhibited, including paintings, sculptures, and works on paper selected from those Guggenheim acquired from the late 1940s through 1979, when she passed away. The exhibition will offer the rare opportunity to revisit and re-contextualize famous masterpieces such as Empire of Light by René Magritte, and Study for Chimpanzee by Francis Bacon, as well as less exhibited works such as René Brô’s Autumn at Courgeron, Gwyther Irwin’s Serendipity 2, Kenzo Okada’s Above the White, and Tomonori Toyofuku’s Drifting No. 2, thus demonstrating Guggenheim’s interest in the art scene beyond Europe or the United States. In addition, a selection of Guggenheim’s scrapbooks will be on display to the public for the first time. These are fascinating albums in which she meticulously collected newspaper articles, photographs, and ephemera covering the various periods of her life revealing new exciting episodes. Simultaneously, Palazzo Venier dei Leoni will display works Guggenheim purchased between 1938, when she opened her first gallery in London, Guggenheim Jeune, and 1947, when she moved to Venice. The opportunity to see her collection almost in its entirety, including masterpieces such as Box in a Valise (Boîte-en-Valise), created by Marcel Duchamp in 1941, is not to be missed. The work contains sixty-nine miniature reproductions of famous works by the multifaceted and irreverent French-American artist. It is rarely on view to the public due to its fragility, and it will now be possible to admire it as it has returned to Venice after an important study and conservation campaign. This has been carried out at the Opificio delle Pietre Dure and its conservation laboratories in Florence, and supported by the EFG, Institutional Patron of the Peggy Guggenheim Collection.

Peggy Guggenheim. The Last Dogaressa is accompanied by a new, long-awaited collection publication on the life of Peggy Guggenheim as a gallerist, patron, and collector, from the London debut of the Guggenheim Jeune gallery, to the New York years of Art of This Century and her support of Jackson Pollock, to her arrival in Venice, her participation in the 1948 Venice Biennale, and her life at Palazzo Venier dei Leoni. Interviews with Apollonio, Biasi, and Costalonga are not be missed, as well as an essay on Guggenheim’s collecting of art from Africa and Oceania. (These subjects will be investigated further in the upcoming exhibition Migrating Objects, on view as of February 15, 2020.)
The volume is co-published by the Peggy Guggenheim Collection and Marsilio Editori.

the exhibition is made possible by

Public programs are made possible by 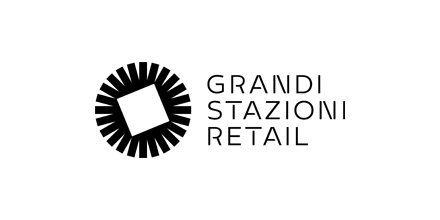