Surrealism and Magic: Enchanted Modernity is a joint exhibition project between the Peggy Guggenheim Collection and the Museum Barberini. It is the first large-scale international loan exhibition that looks at the movement’s interest in magic and the occult. Presenting about 60 works, in the Venetian venue, from over 40 international museums and private collections, it offers a rich overview of the entire development of the Surrealist movement, exploring the myriad ways, in which magic and the occult informed its artistic trajectory, from the “metaphysical painting” of Giorgio de Chirico around 1915, through Max Ernst’s iconic painting Attirement of the Bride (1940), to the occult imagery that underpinned the late works of Leonora Carrington and Remedios Varo. In their works, Surrealist artists frequently drew on occult symbolism and cultivated the traditional image of the artist’s persona as a magician, seer, and alchemist, looking to magic as a poetic and deeply philosophical discourse, related to individual self-empowerment.

The exhibition’s point of departure is the world-class Surrealist holdings of the Peggy Guggenheim Collection, containing iconic paintings that powerfully reflect the Surrealists’ dialogue with the occult tradition. Many of the artists represented in this show were exhibited during their lifetimes by Peggy Guggenheim, who emerged as one of the most energetic collectors and patrons of Surrealism toward the end of the 1930s. Having familiarized herself with the movement during her stay in Paris between the wars, she was on intimate terms with Max Ernst and André Breton, founder of the Surrealism with his Manifesto of Surrealism, published in October 1924.

On the occasion of the Surrealism and Magic: Enchanted Modernity exhibition, the Peggy Guggenheim Collection offers a varied program of collateral events in order to introduce and explore the themes of the exhibition in relation to Surrealism – such as occultism, magic, alchemy, the world of dreams and the subconscious. The program also aims to celebrate the fascinating cultural and historical context that the Surrealist called “a new modernity,” or “an enchanted modernity.”

Lead up to the exhibition

February 24, 6pm
A talk about notions and symbols key to unlocking the magical meaning of Surrealist art.

Symbols of Healing: Surrealism and Magic in the 1940s

March 10, 6pm
The talk will explore the development of Surrealism during and after World War II, focusing on the movement’s investment in magic and the occult.

Daily at the museum

Free presentation of the temporary exhibition

Daily at 3pm, from April 9 to September 26.
Visitors are invited to discover the exhibition Surrealism and Magic: Enchanted Modernity. The introduction will illustrate the role played by magic and occultism in the Surrealist avant-garde.

Kids Day: A Woman Feeds the Moon Inside a Lantern Floating in the Night Sky.

April 10, 3 pm
Workshop for children to discover the secrets of the exhibition.

April 29, 5 pm
A treasure hunt in the esoteric city of Venice with Alberto Toso Fei.

May: “Fluidity and Transformation”

May 11, 6 pm
Joanna Moorhead, Leonora Carrington’s cousin, will recount some of the major events in the artist’s life.

Kids Day: Living as Hybrid Creatures in a World without Gender

May 15, 3 pm
Workshop for children to discover the secrets of the temporary exhibition.

Fluid Correspondences and Hybridizations from Surrealism to the Present

May 17, 6-7 pm
Webinar on “Fluidity and Transformation” with Cecilia Alemani and Gražina Subelytė.

June: “The Artist-Magician Capable of Changing the World”

June 12, 3 pm
Workshop for children to discover the secrets of the temporary exhibition.

The Artists as Magician and Enchantress

June 23, 6 pm
A webinar on theme of the magician and the enchantress with Alice Mahon and Susan Aberth.

September: “The World of Dreams”

The World of Dreams in the Work of Leonora Carrington, Leonor Fini, Dorothea Tanning, and Remedios Varo

The Color of Dreams

Kids Day: A Dream is a Wish Your Heart Makes!

September 25, 3 pm
Workshop for children to discover the secrets of the exhibition.

The exhibition is organized by the Peggy Guggenheim Collection, Venice, and the Museum Barberini, Potsdam.

In Venice, the exhibition is made possible with the generous support of the Manitou Fund, with special thanks to Kevin and Rosemary McNeely.

Thanks to Rubelli for its generous contribution. 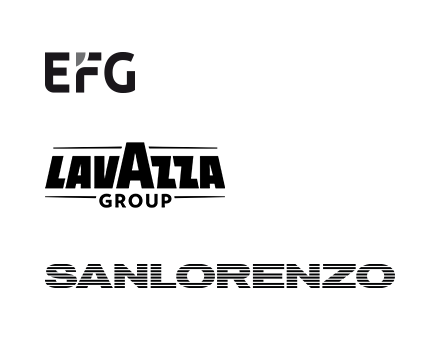 Workshop for young adults aged 16–25 with the Call Monica collective.

Workshop for children to discover the secrets of the temporary exhibition.

The Artists as Magician and Enchantress

A webinar on theme of the magician and the enchantress with Alice Mahon and Susan Aberth.

The World of Dreams in the Work of Leonora Carrington, Leonor Fini, Dorothea Tanning, and Remedios Varo