Ilaria Gaspari in conversation with Chiara Pavan, Chef at Venissa

Chiara Pavan is a Chef at Venissa, a Michelin-starred restaurant which she has been running together with Francesco Brutto since 2017, set within the Venissa estate on Mazzorbo Island, in the Venice Lagoon. Through her cucina ambientale, (“environmental cooking”) she strives to transmit the true essence of a specific location, while also adopting sustainable practices when sourcing, producing, and preserving food. Pavan trained at the ALMA School of Culinary Arts in Parma and has worked in various Michelin-starred restaurants over the last decade. In particular, she worked at Undicesimo Vineria together with Brutto. She also holds a master’s degree in Philosophy from the University of Pisa, and a another in Sociology and the History of Science from the School for Advanced Studies in the Social Sciences (EHESS) in Paris, with a special focus on gender roles and women’s leadership—a subject that is particularly relevant to her career. Her culinary work has been recognized through several national and international awards, including the award from Best Female Chef awarded to her by the Espresso Guide in 2019, and by Identità Golose in 2020. 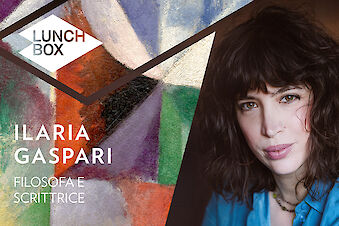 Luch Box is a series of four interviews streamed live on the museum’s LinkedIn and YouTube channels during lunch break ours, led by philosopher and writer ilaria Gaspari.