Visitors must present an EU Covid Certificate (Green Pass) to access the museum. Please check our safety measures and our ticketing policy.

Alice C., Alice S., Enrico, Eugenia, Lorenzo, Maia, Marcello, Pietro, and Sofia. They are all young adults between 17 and 24 years old. They love music, photography, and literature. They love art in all its forms and look at the world with curious, fast, inquiring eyes, and want to have their say.

They are the participants of Gen Z Art Storiez, a series of four short videos where in their own way they describe and discuss several masterpieces in the collection of the museum. The works highlighted are: Landscape with Red Spots, No. 2 by Vasily Kandinsky, Empire of Light by René Magritte, The Shepherdess of the Sphinxes by Leonor Fini, and Dynamism of a Speeding Horse + Houses by Umberto Boccioni.

Videos will be shared here and on the museum’s social channels each Wednesday, from November 24 to December 15, 2021. 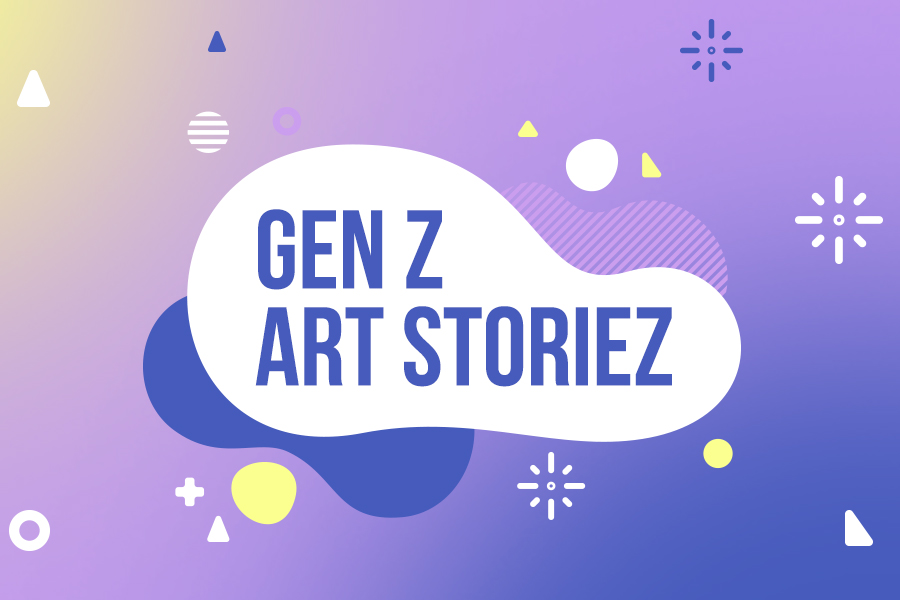 “Gen Z Art Storiez” was devised to co-design a video series with a team of young adults based on works of art in the collection, so as to highlight topics related to current events that intersect with their interests. The group lends a voice to get the message across to both peers and the general public. Four special guests of their choice join them in their discussion of the art of Kandinsky, Magritte, Fini, and Boccioni, in a mutual exchange of ideas and opinions about the themes and values that these works conjure. Musician Lorenzo Senni, photographers Piero Percoco and Matteo Marchi, and writer and activist Carlotta Vagnoli animate the conversation with the team of young adults and inspire a debate for the general public on everyday life.

Discover what participants of the "Gen Z Art Storiez" have to say and stay tuned!

Enrico, Pietro, and musician Lorenzo Senni discuss Vasily Kandinsky’s Landscape with Red Spots, No. 2 (1913), focusing on the influences among various art forms and the relationship between art and music. This relation was an essential element of the art of Kandinsky, author of “Concerning The Spiritual in Art”. It is also an important aspect of the music of Senni, who is so influenced by the visual arts that he coined the musical term “pointillistic trance.” 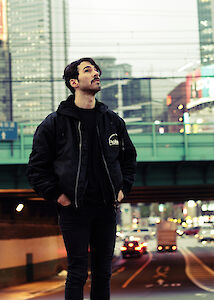 The dialogue between Marcello, Sofia, and Piero Percoco on René Magritte’s Surrealist masterpiece, Empire of Light (1953–54), focuses on the relation between dream and reality, surprise and enchantment. Dreams and surreality were at the heart of Magritte’s vision. They are also central in the art of Percoco (whose photographs have been published by The New Yorker, among others), as a source of inspiration to move past the visible world. 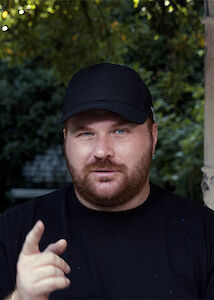 Alice, Eugenia, Carlotta Vagnoli, and Leonor Fini's “The Shepherdess of the Sphinxes”

Gender equality and the emancipation of women from gender stereotypes emerge from the dialogue between Carlotta Vagnoli, activist, writer and influencer, Alice C., and Eugenia as they discuss the enigmatic figure in Leonor Fini‘s The Shepherdess of the Sphinxes. Vagnoli describes the painting as powerful and contemporary, a work that communicates to the women of today. 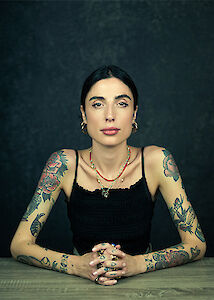 Dynamism of a Speeding Horse + Houses by Umberto Boccioni is an icon of the Futurist avant-garde addressesing the themes of speed and movement. Alice S. and Lorenzo discuss these qualities with Matteo Marchi, a longtime NBA sports photographer, whose images focus on dynamism as synonym for freedom. 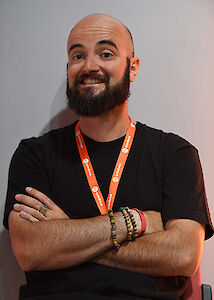